Celebrity Constellation continues to set new standards in modern luxury. New outdoor spaces and updated technology give our guests a fresh feel, while out at sea. 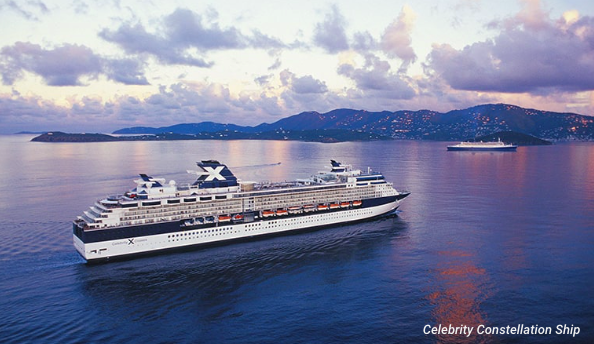 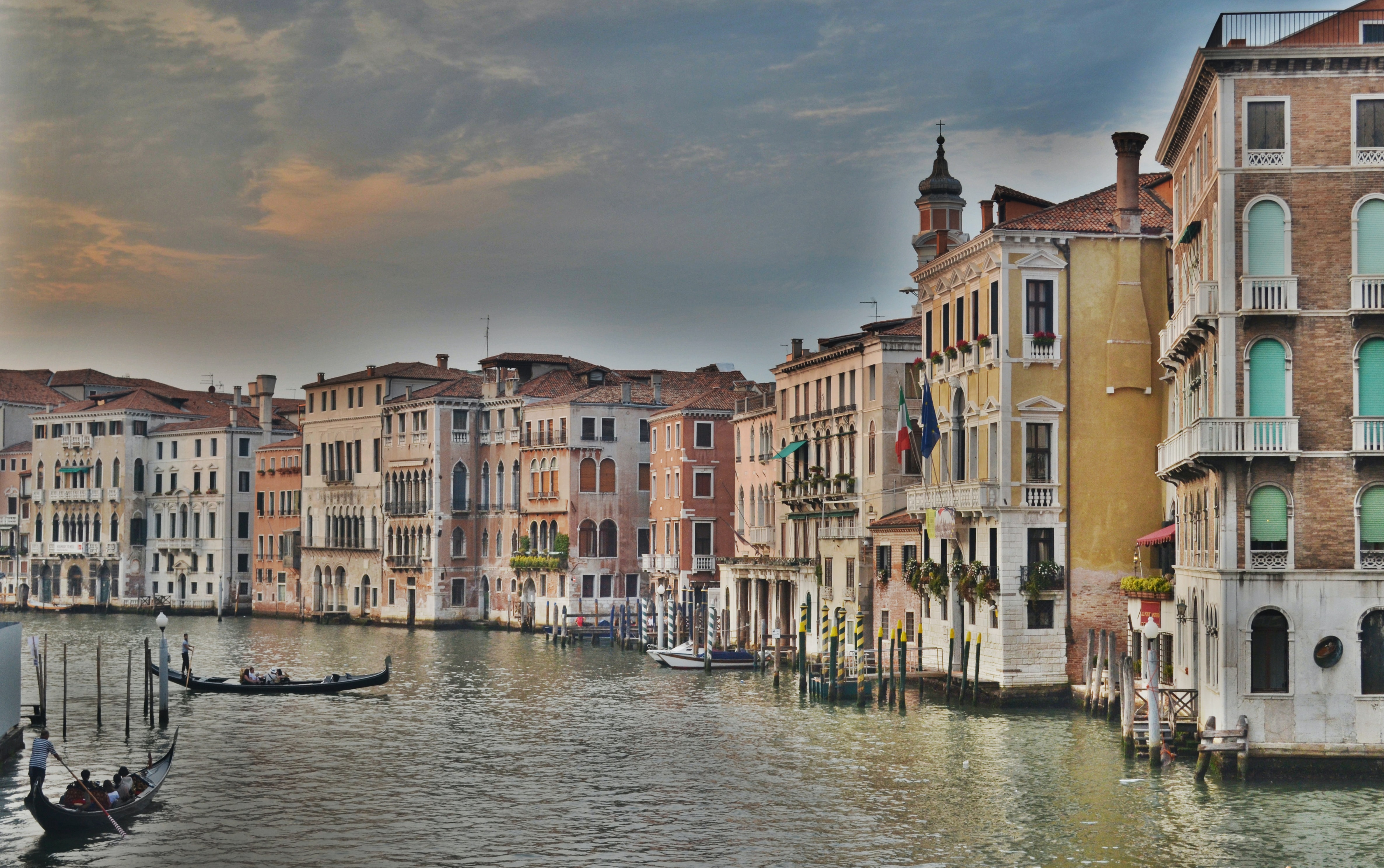 Photo Venice Italy
GukHwa Jang on Unsplash
One of the world’s most beautiful cities also happens to be one of its most unusual. Venice is actually spread over 120 islands in the Adriatic Sea. Because the city is connected by canals instead of streets, a good way to see Venice is by boat or, if you prefer, a romantic gondola ride. The epicenter of the city is St. Mark’s Square, where you’ll find the 900-year-old St. Mark’s Basilica.  On your cruise to Venice you’ll admire all the buildings that line the banks of the Grand Canal and enjoy morning espressos, in this capital of northern Italy’s Veneto region. The city has been immortalized in art, literature, and film over the centuries and one of the prime buildings found reflected in these mediums is the Palazzo Ducale. This proud, ornate building on the waterfront represents Venice’s seat of power. Make your way to the countless galleries and landmarks this city has to offer, and once you’ve worked up an appetite, you’ll be thrilled to be in a city that takes its food very seriously. Squid-ink spaghetti, risotto with prawns and zucchini, and marinated sardines are a specialty, while the world-favorite tiramisu, originally invented in nearby Treviso, has found a happy second home in Venice. 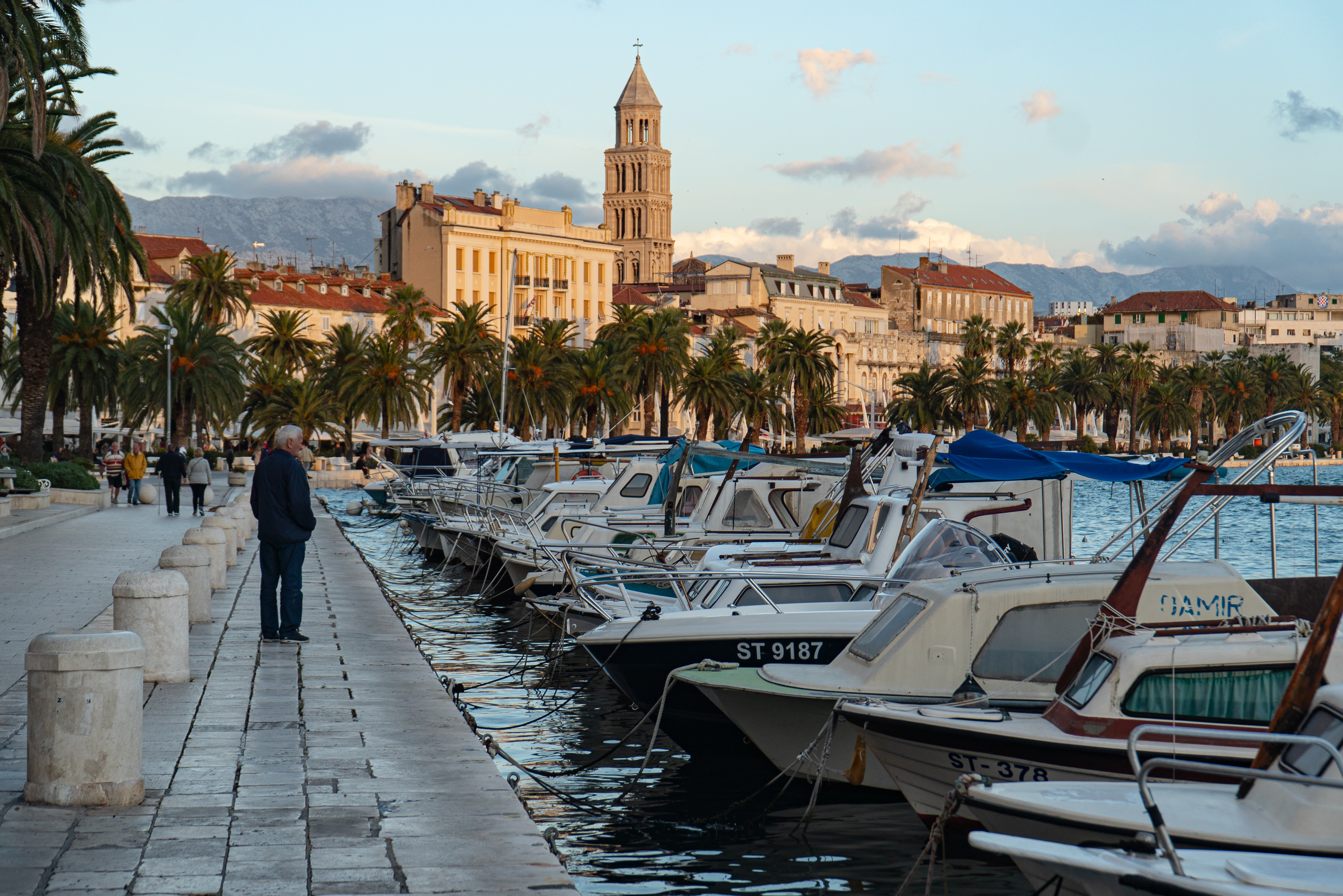 Photo Split Croatia
Avery Meeker on Unsplash
Lined with palm trees, this Adriatic seaside town is also a cultural mecca. Within the walls of the Diocletian Palace, you'll discover historical buildings, numerous museums, the National Theatre and a collection of old churches. Culture, beauty, natural wonder – your Split cruise has it all. The mixture of old and new is very pronounced here. Everywhere there are signs and evidence left behind from the city’s previous conquerors namely the Romans and Austro-Hungarians and there is no better place to view them than in Split’s Old City. The Old City is so otherworldly that it’s been dedicated a World Heritage Site by UNESCO and you’ll encounter the most imposing Roman ruins left on Earth, including the Diocletian’s Palace which was built facing the harbor in 4 A.D. for the Roman Emperor. This sprawling, expansive structure was built to be an all-in-one fortress/imperial residence/fortified town. The Cathedral of St. Domnius stands as one of the most pristine and preserved examples of ancient Roman architecture in the world. And for a breathtaking, all-encompassing view of Split you won’t soon forget, head to Marajan Hill which is just 10 minutes outside the city. 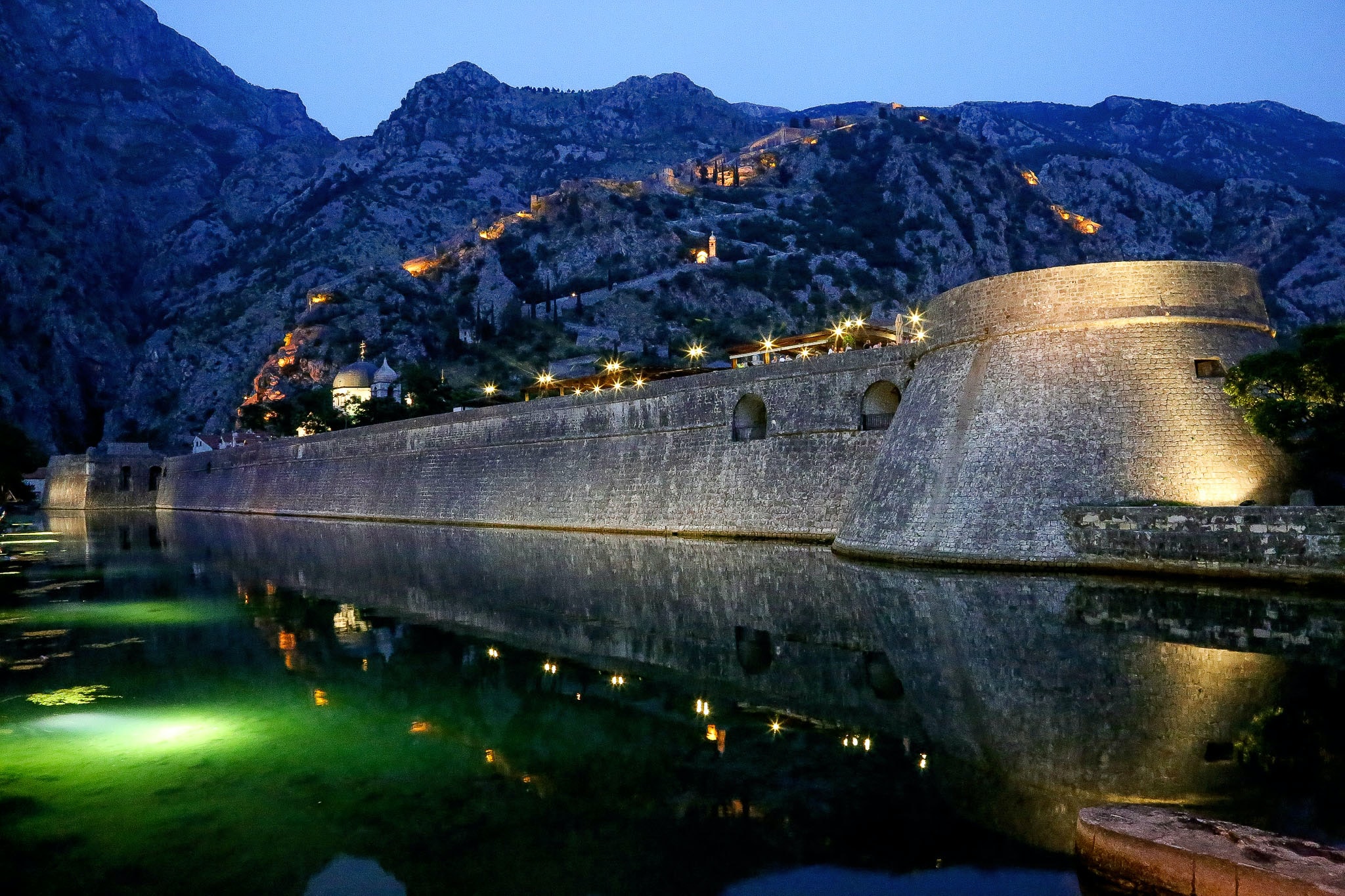 A cruise to Kotor, Montenegro offers up some of the most well-preserved architecture in all the Adriatic coast, with landmarks such as the Cathedral of Saint Tryphon. Built in 1166, there are frescoes dating back hundreds of years, and much of the gold and silver relief work done by the city's master craftsmen of that time are held for safe keeping within its walls. Tucked at the secluded tip of a tranquil bay and watched over for millennia by the surrounding mountains, Kotor is a UNESCO World Heritage treasure.

The town’s history dates back before the epic age of Homer, but it’s the medieval wonders in Old Kotor that draw acclaim today. Marbled avenues meander with no apparent order, and, even for locals, it’s quite common to get turned around. The good news is, few places are more fun to get lost in than Kotor. Cruises to Montenegro would not be complete without sampling the local cuisine. Fresh seafood is always on the menu and the “domestic fish thick soup” is a tradition not to be missed.  Old churches, shops, and bars line the avenues, and don’t be surprised to wander upon a charming piazza right out of the blue. Come summer, the lavish yachts of the ultra-rich fill the marina, presenting a striking contrast to the rustic romance and ancient beauty of Kotor. 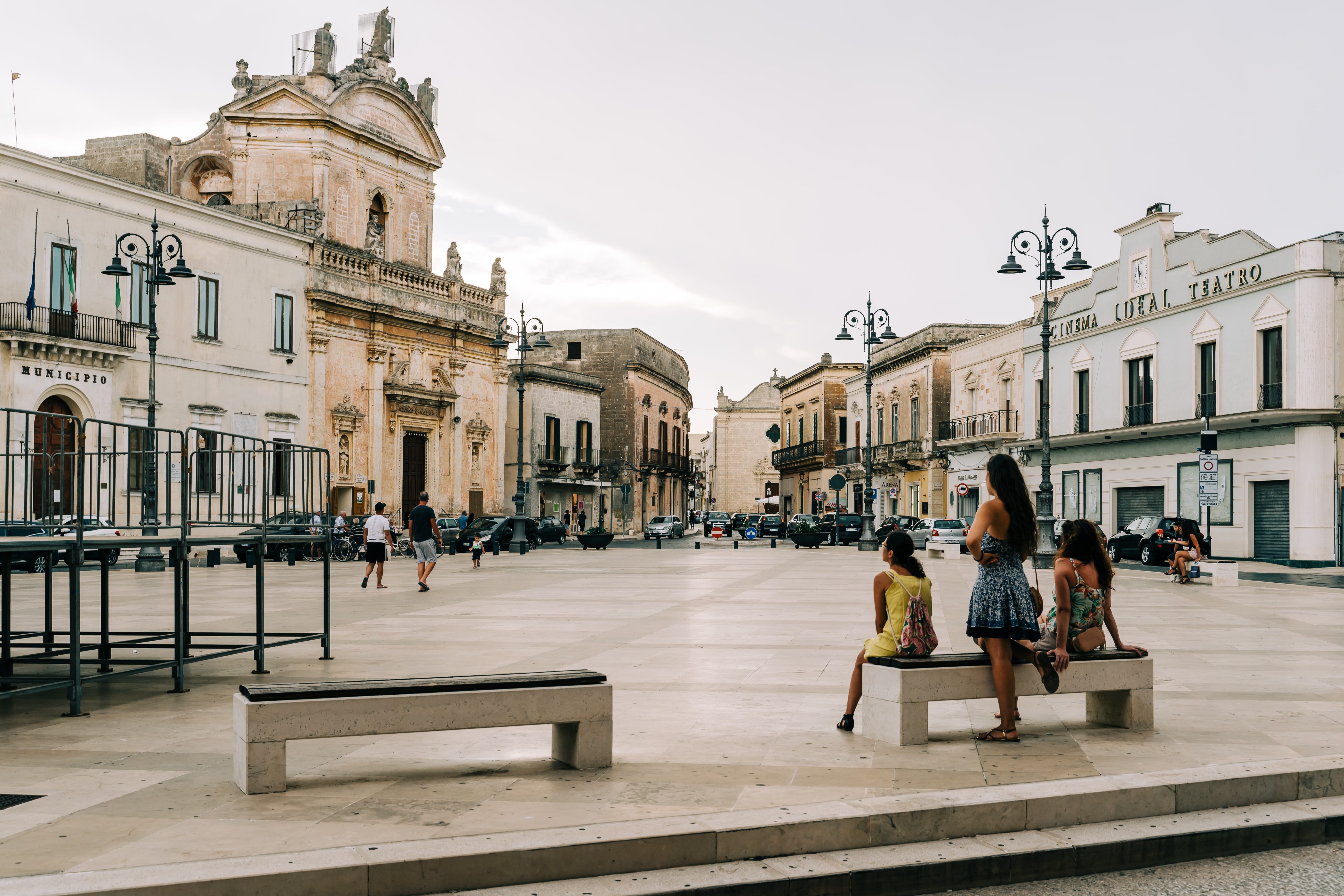 Photo Taranto Italy
Gabriella Clare Marino on Unsplash
Taranto sits on the bottom of the boot of Italy and offers everything you’d expect from a Mediterranean dream destination. 3,000 years of history. Delicious southern Italian cuisine and fresh-caught seafood. And one amazing beach after another. Stroll the city’s charming Old Town. Savor the local flavors at an olive oil or wine tasting. Or venture to must-see archeological sites just outside the city, such as the excursion we offer to Sassi di Matera, home to ancient limestone cave dwellings so perfectly preserved you won’t believe your eyes.One of Italy's most important museums is also here, dedicated to the archaeology of ancient Taras (Taranto). It houses the largest collection of Greek terracotta figures in the world, fine collections of 1st-century BC glassware, classic Greek black-and-red Attic vases, and stunning gold and jewelry from Magna Graecia, including a 4th-century BC bronze and terracotta crown. 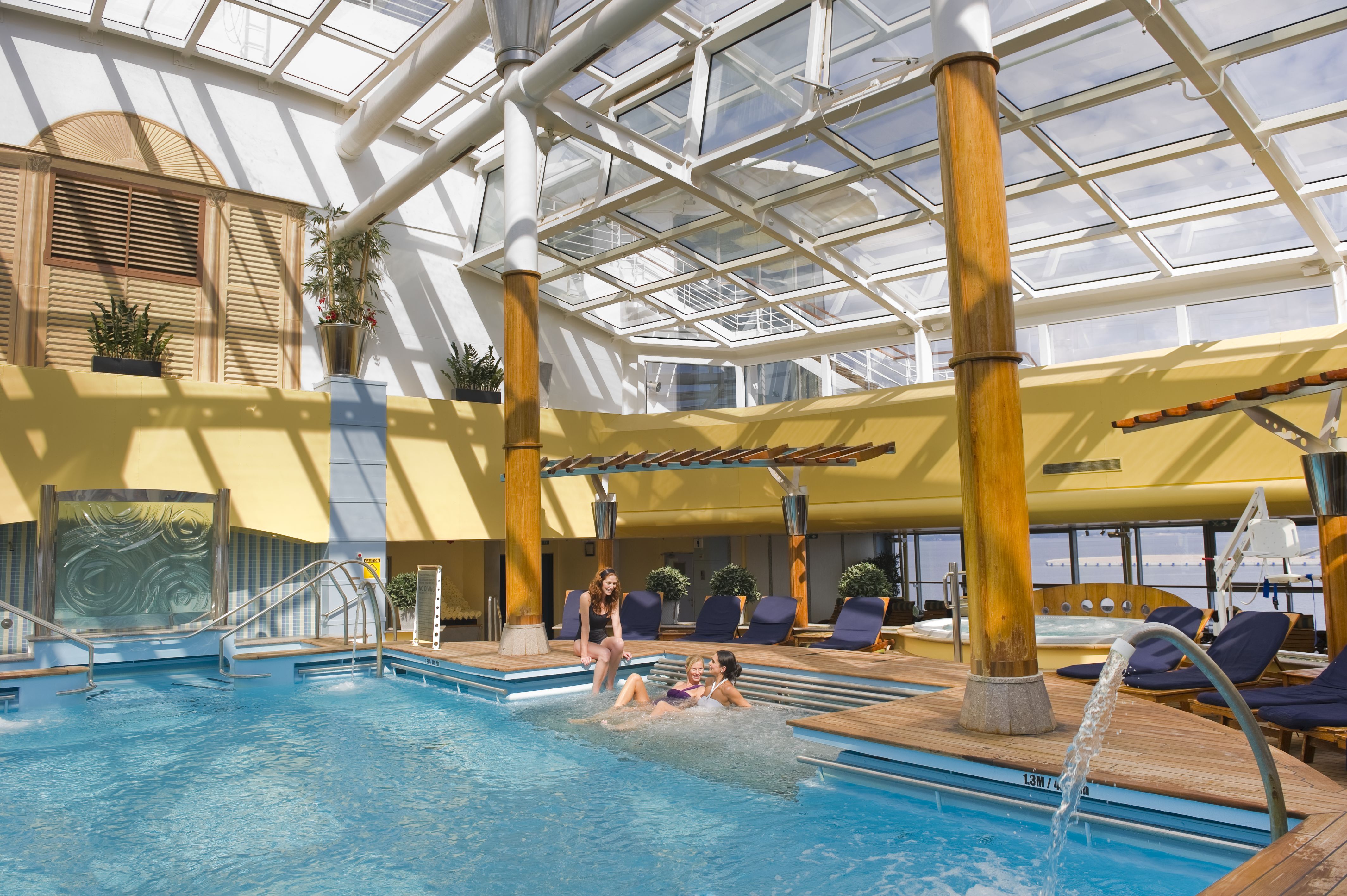 Photo Celebrity Constellation Solarium
While at sea, take the time to recharge before the next adventure. Lounge by the pool, be spoiled at the spa, taste the delicacies or explore the venues on-board, until we arrive at the next amazing destination. 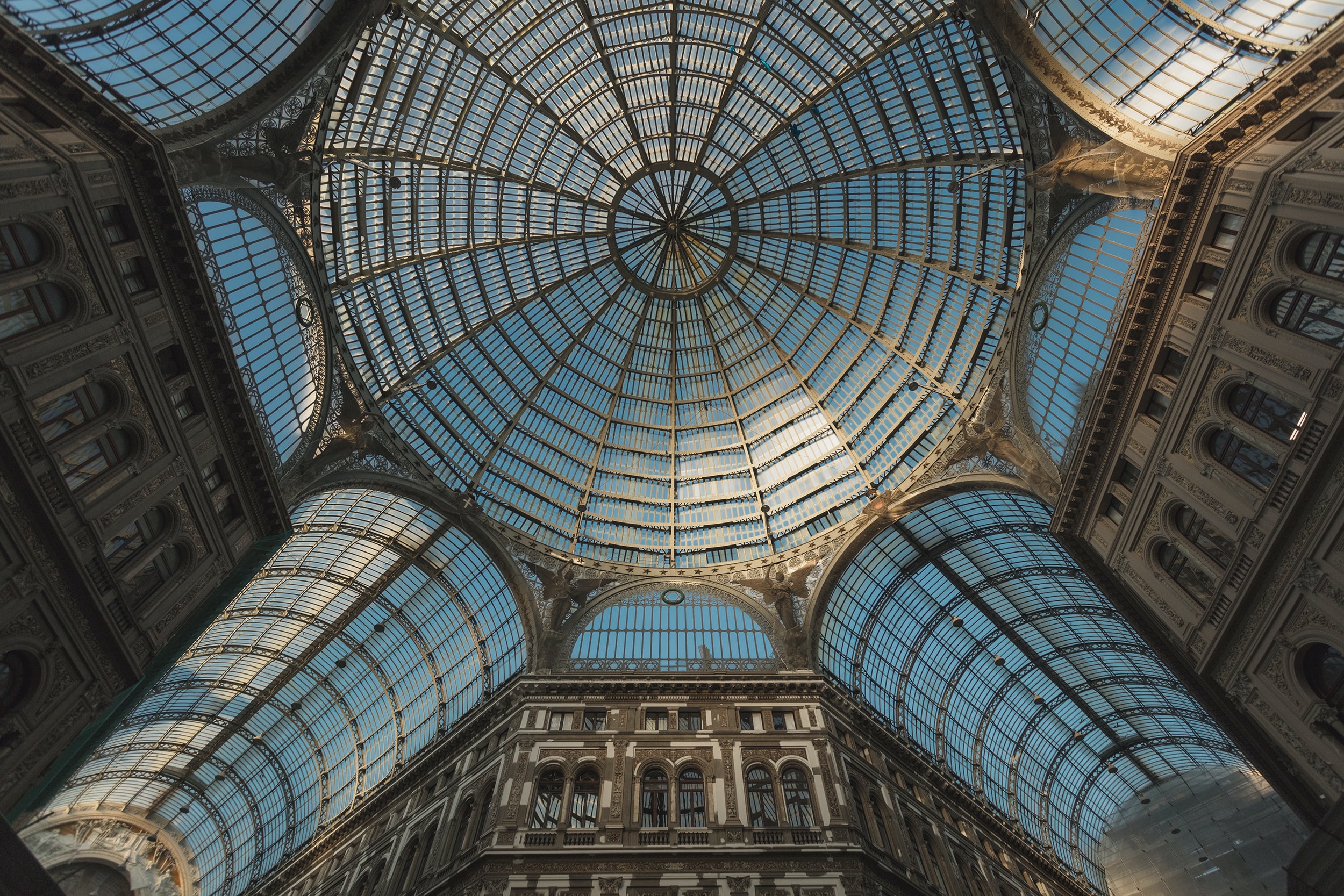 Photo Galleria Umberto Naples Italy
Khamkéo Vilaysing on Unsplash
Framed by Mount Vesuvius along a dramatic skyline, the 2,800 year-old port city of Naples is chock full of historical sites, churches, and museums that make it a fascinating place for you to explore. For all of Rome’s notoriety and reputation, Naples, with its historic city center deemed a UNESCO World Heritage Site, has just as many important archeological sites and landmarks.  Visit the Museo Archeologico Nazionale for a world-class collection of Egyptian and Graeco-Roman artifacts. And, if you’d like to venture a little deeper on your Naples cruise, then exploring Naples from below the ground is a must. Start with a trip into the basement of the San Lorenzo Maggiore church where you’ll find a partially excavated Roman market and a little deeper, just below the Roman ruins, you’ll find remnants from the Greeks to discover. And in the region where pizza was first invented, you know the food is going to be incredible. Whether you’re looking for a thin, wood-fired Margherita pie, spaghetti alle vongole or a zeppole dusted with confectioner’s sugar, Naples and her bountiful edible treasures is sure to please. Only 35 miles down the coast, Salerno offers you a rich history, but also boasts a marvellous collection of parks, natural wonders, and unique vantage points to take in the beauty of the Tyrrhenian Sea. Two cities. One incredible stretch of Italian coastline. 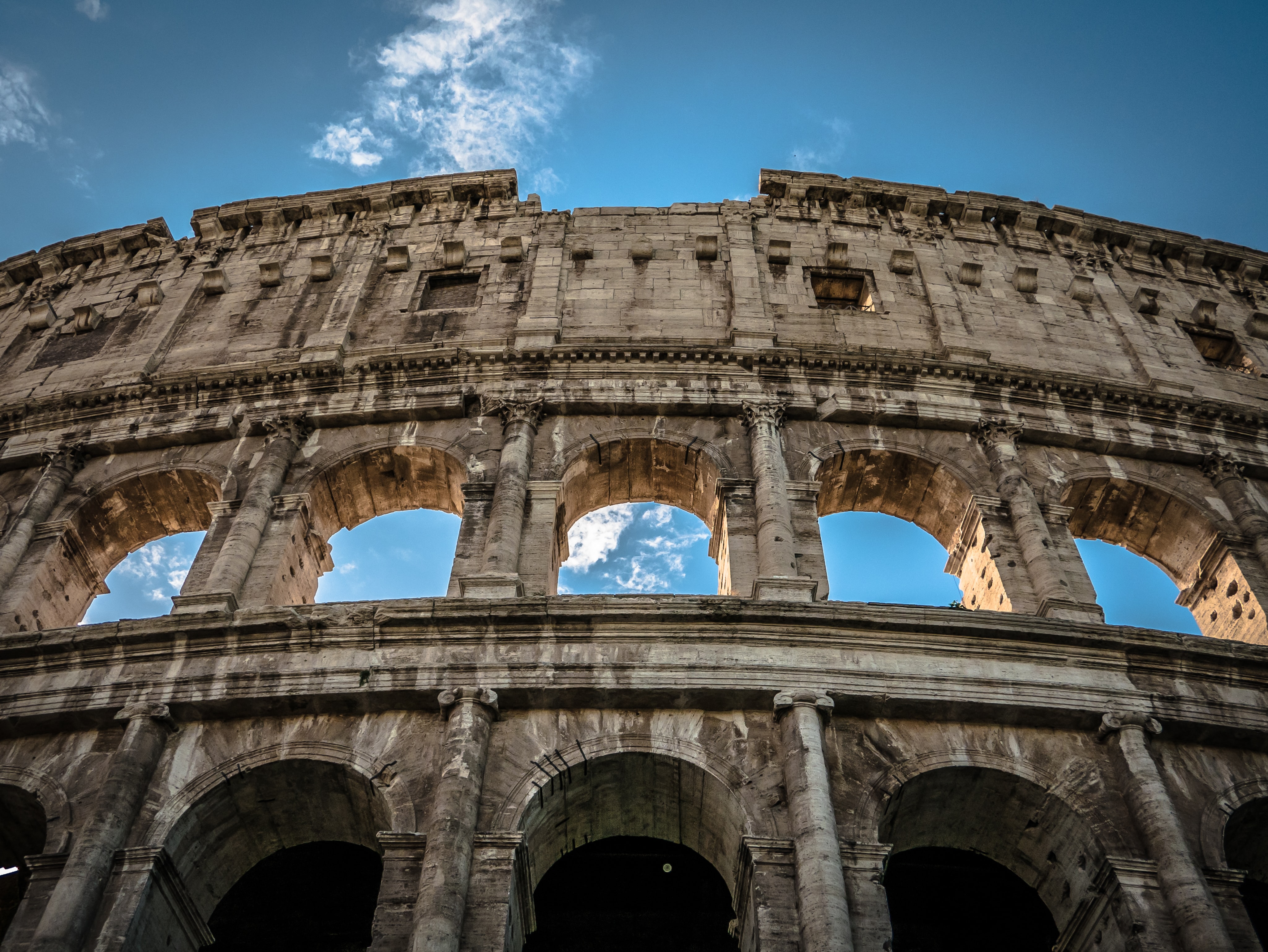 Photo Colosseum Rome Italy
Mauricio Artieda on Unsplash
Civitavecchia was settled in 108 A.D. by the Emperor Trajan and has since served faithfully as a gateway to Rome, the capital of Italy. Once the center of the Ancient World from which emperors ruled over nearly all of western civilization, Rome is still a cultural mecca. Only a few cities in the world can boast such a well-preserved level of architecture, art, and religious iconography. There’s an enormous wealth of culture and history to discover on a cruise to Rome. Visit the ancient halls of the 50,000-seat Colosseum, gaze upon the ceilings of Sistine Chapel in Vatican City, and stroll the Capitoline Museum. Roman culinary prowess is well respected and beloved the world over. Experience authentic pizza, hearty bowls of fresh pasta, excellent cheeses, wines, seafood, and delightful desserts like tiramisu and gelato at family-run trattorias that have been preparing these traditional dishes for centuries. Walk the cobblestoned piazzas making your way to narrow side streets where you’re sure to find craftsman shops and beautiful boutiques filled with gorgeous handmade accessories and homewares for keepsakes and souvenirs. 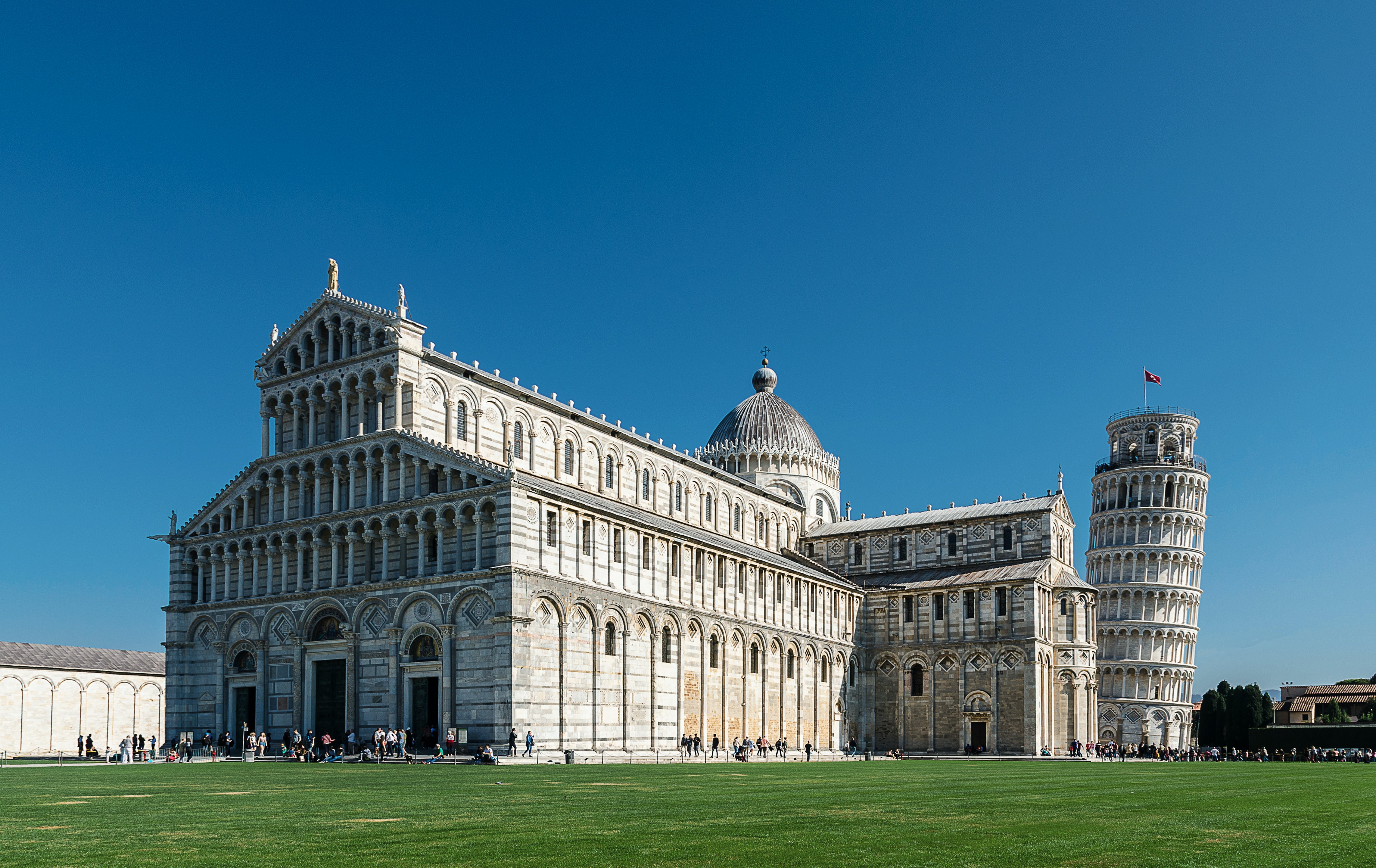 Photo Florence/Pisa Italy
alexey turenkov on Unsplash
La Spezia, which lies between Genoa and Pisa, and is just minutes to the east of Cinque Terre-the five fishing ports that enjoy National Park status-is home to the Palio del Golfo, an annual boat race that sees the Gulf of Poets; 13 historic villages face off against one another in celebration of the annual Festa del Mare. The town also offers fantastic shopping opportunities, as well as plenty of trattorias to enjoy local, Ligurian cuisine 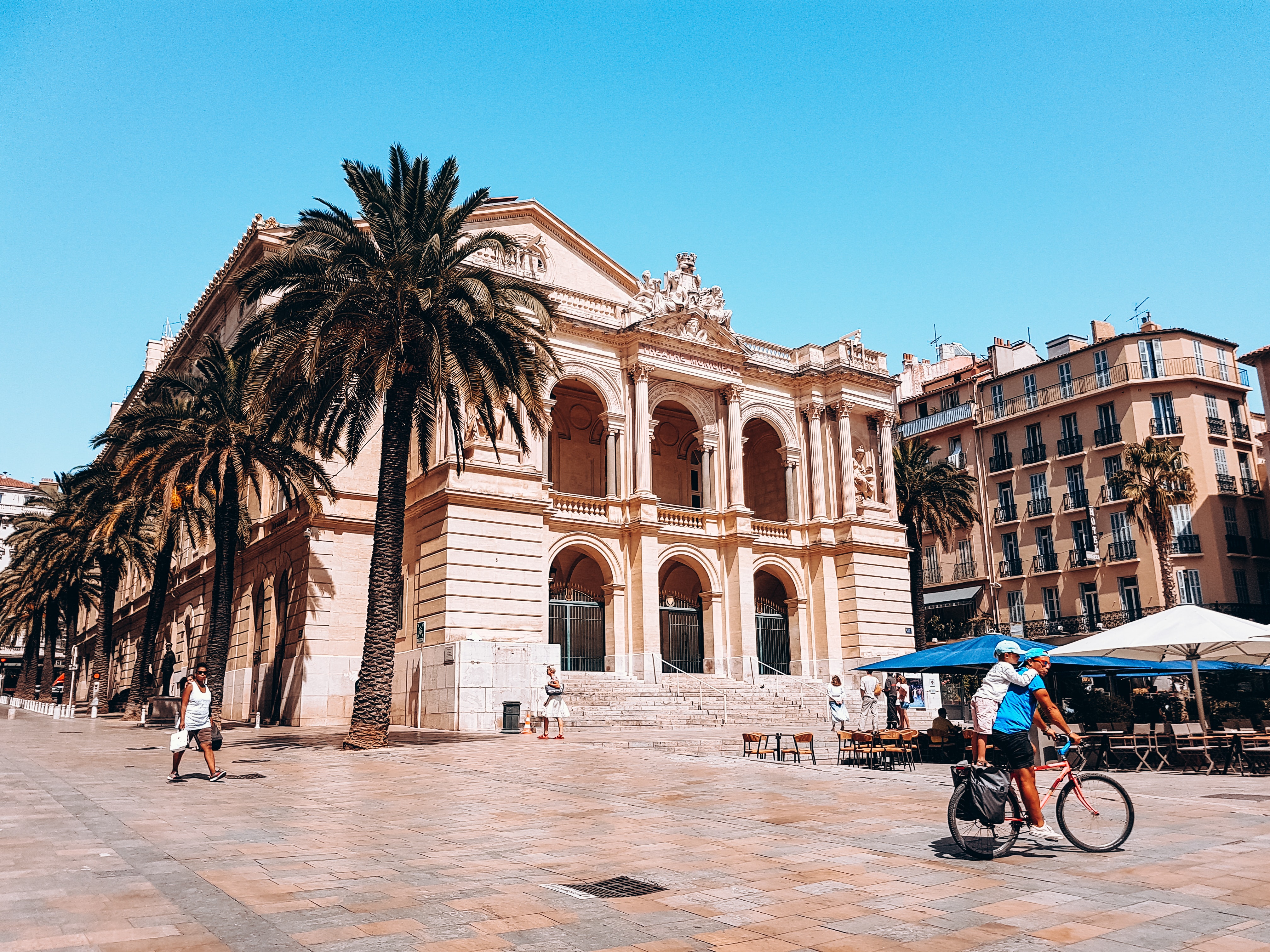 Photo Provence (Toulon) France
Emmanuel Martin on Unsplash
The distinct Italian accent you'll find here is a remnant of the 2nd century B.C. Romans. Finding the climate and inland of what is now known as Provence so inviting, they stayed and Toulon didn't become part of France until the 15th century. 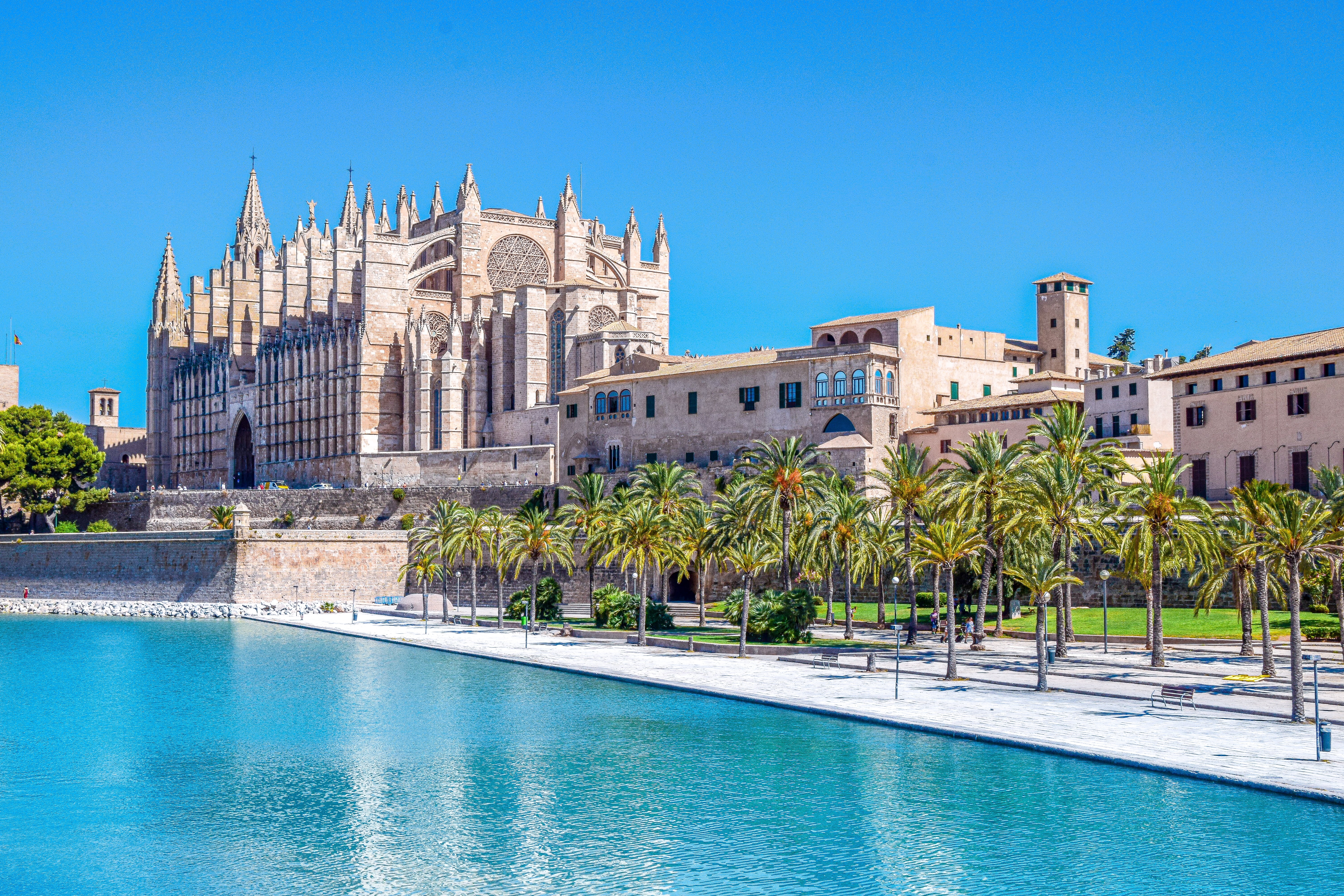 Palma de Mallorca is a major holiday destination that has a rich cultural heritage inherited from the communities of Romans, Moors and Catholics who have lived here successively since 123 BC. From its massive cathedral to its soft sand beaches to its delicious food specialties, there’s no wonder why Palma is so popular today. 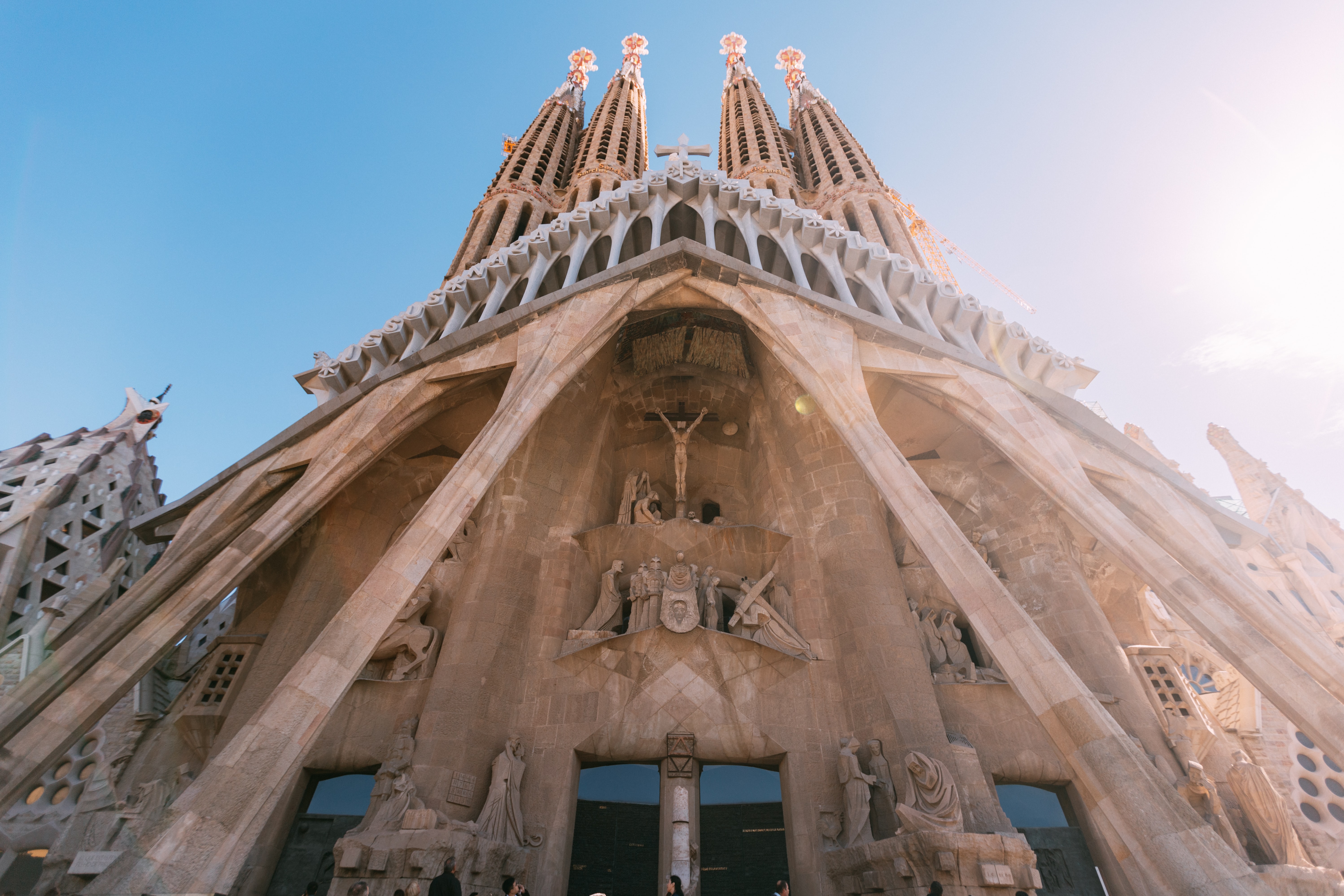 Jonas Denil on Unsplash
Formerly a sleepy Spanish city, Barcelona has recently been reborn as an eclectic fusion of the modern and medieval. This coastal city exudes European charm and welcomes multitudes of travelers every year. It’s a major destination with must-see architectural gems that date back some 2,000 years. You’ll encounter fascinating examples from the Roman Empire, the Middle Ages, the Modern masters like Gaudî, and many Cataluñian greats. Outstanding art museums can be found throughout the city, proudly displaying the works of world-renowned artists and countrymen, including Goya, Pablo Picasso, Salvador Dalî, and Joan Miró. For a respite from the hustle and bustle of the city center, venture to the awaiting Mediterranean Sea and all the seaside has to offer. Maybe a brisk hike in the nearby forest covered Collserola Hills or the hilltop in Montjuïc with its botanical gardens is the perfect recharge for a rollicking evening in one of the premier party capitals of the world. Round out your cruise to Barcelona dining at a tapas bar and savor a variety of delicious small dishes to share—from traditional Spanish to the more innovative.